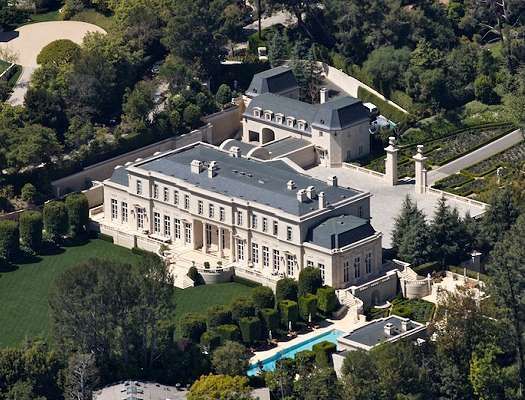 Going Like Sixty — March 19, 2009 — Luxury
References: luxist
Share on Facebook Share on Twitter Share on LinkedIn Share on Pinterest
Mariah Carey apparently had no problem scraping together a nice down payment on this palace in Beverly Hills. The Fleur De Lys is the world’s most expensive estate with an asking price of $125 million. Maria Carey’s new digs were built by a Texas billionaire on 5 acres; it is 41,000 square feet of pure diva luxury and will be modeled after the most extravagant home of its time: the Palace of Versaille, the former home of Marie Antoinette.

Surrounding the mansion are rolling lawns, ornamental gardens and mature trees, a 3,000-square-foot manager’s house, staff quarters for 10 people, a spa and pool with a pavilion, a championship tennis court, and a lavish garden folly.

What do you think? Is it proper for Mariah Carey to flaunt her riches when the U.S. is in a recession?
6.8
Score
Popularity
Activity
Freshness
Access Advisory Services