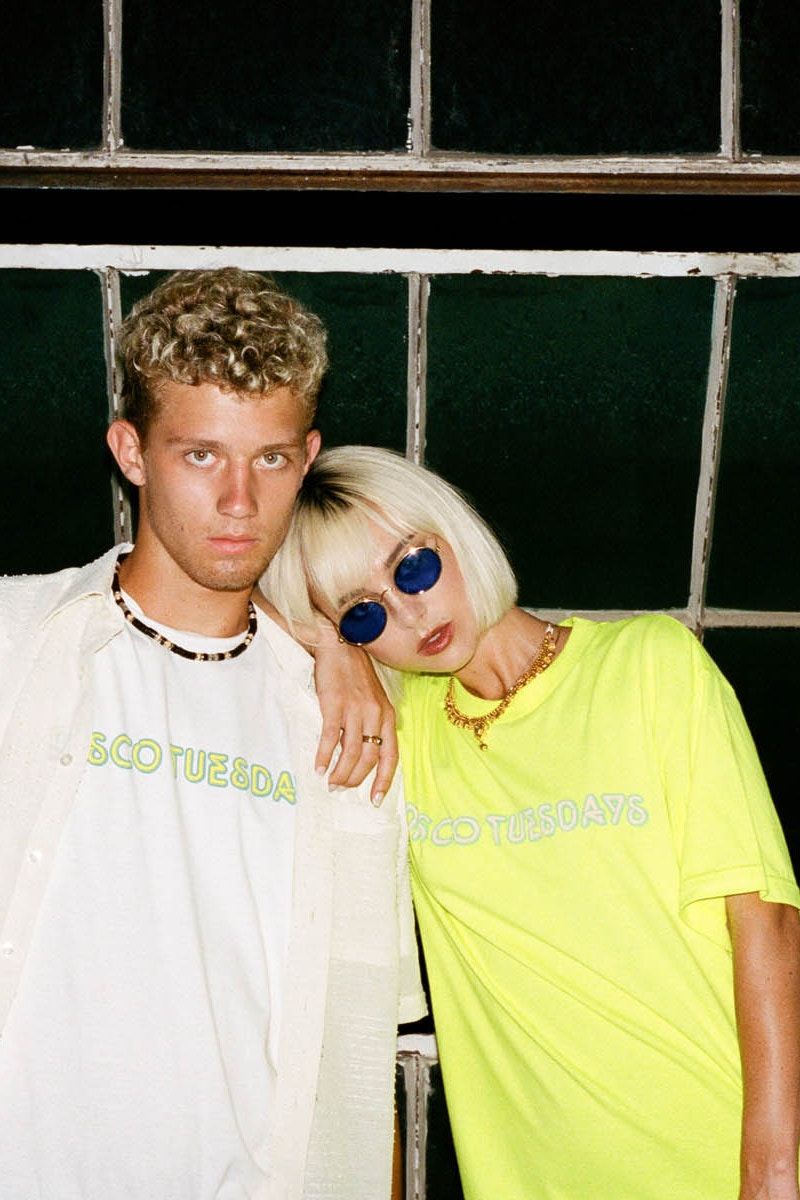 The brand takes a more modern approach to disco design, through incorporating more current motifs that celebrate "youth culture and experimentation, and dressing to be noticed." The line was released alongside a retro-inspired editorial, which highlights the versatility of the clothes as the models transition from casual, to more rambunctious, party-inspired poses.

The lookbook showcases a variety of vibrant T-Shirts, graphic sweaters, pink-clad silk dresses layered on top of a casual long-sleeved shirt, and baggy tees tucked into leather pants. The editorial hopes to appeal to the “fashion-clad disco enthusiast” and is now available through the brand's newly launched web store.