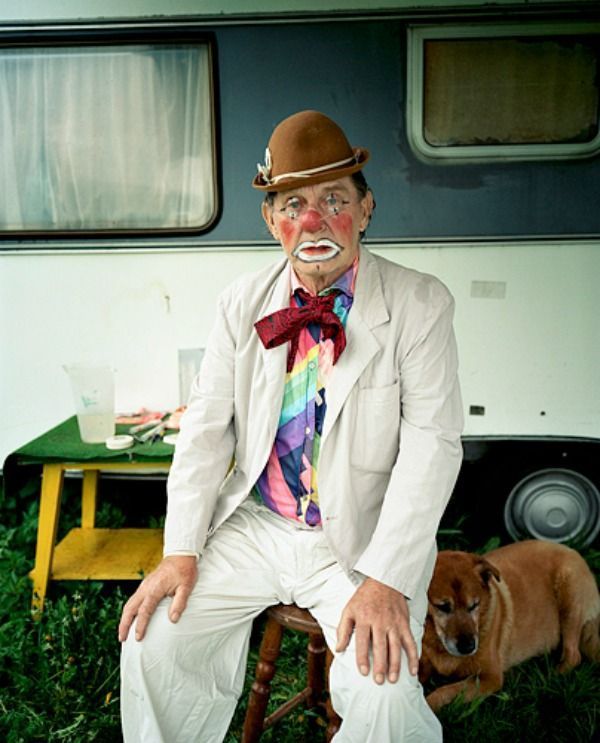 Meghan Young — May 10, 2014 — Fashion
References: rafalmilach & neatorama
Share on Facebook Share on Twitter Share on LinkedIn Share on Pinterest
The Disappearing Circus by Rafal Milach, a photographer and book artist based in Warsaw, Poland, is a photo series capturing portraits of retired circus performers. Although mainly documenting clowns, a roller skater acrobat, gun-man, orchestra conductor and magician also make an appearance. A poignant series, these clowns and performers are shot in their home or by the ruins of the school they once trained in, Julinek, which once operated in the middle of Kampinoski National Park until it closed over a decade ago.

Through the photo series Disappearing Circus by Rafal Milach, people are shown that such a profession doesn't disappear with its playground. Instead, it lives on in the hearts of its performers. Raw and slightly creepy, the images will speak to many.
5.8
Score
Popularity
Activity
Freshness
Get Trend Hunter Dashboard