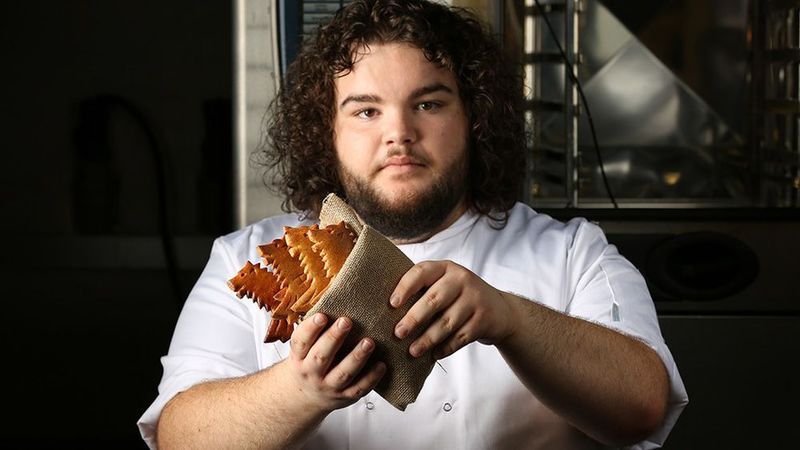 To celebrate the season seven premiere, the actor who plays Hot Pie, Ben Hawkey, has teamed up with 'Deliveroo' to send fans new and improved loaves of direwolf-shaped bread. The collaboration is called 'You Know Nothing John Dough,' a pun that references an iconic moment in the show featuring one of the main characters. The loaves are made of wholewheat cornbread with orange zest, a tasty departure from what Aria probably ate on the show.

While this isn't the first time a fan has tried to replicate Hot Pie's direwolf-shaped bread, the fact that these loafs are made in part by Hot Pie himself is quite thrilling for die-hard fans. Deliveroo will begin sending these fantasy breads to Londoners on Monday July 17th, the day after the show's premiere, for £1 each.
4.6
Score
Popularity
Activity
Freshness
Attend Future Festival