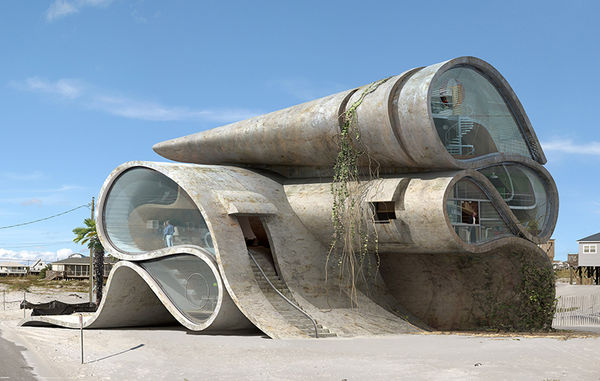 Held in the southern Spanish city of Malaga, the show focuses on two surrealistic works: 'Dauphin Island' and 'Inter-Actions.'

Dauphin Island is an island located in the Gulf of Mexico that has been ravaged by hurricanes for centuries. The photographic manipulations of the same name are motivated by the impressive ability of the island's inhabitants to recover from nature's fury.

The structures, while surreal in appearance, are designed to be habitable and sustainable. Gonzalez says that the goal of envisioning these structures was to "give shape to new habitable structures in the vacuums in the perception of spaces that had previously been devastated."