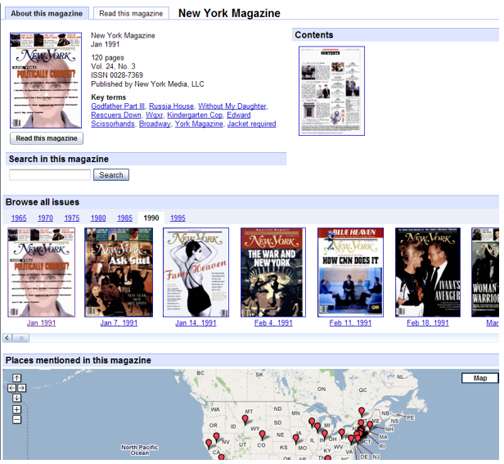 To keep the publishers happy, Google added links leading back to the official sites of the featured magazines. Since magazines are making a huge chunk of their revenue through online ads, this isn't a half-bad idea. It's a smart way to innovate through economic change, and the growing disinterest in print media by the internet generation.