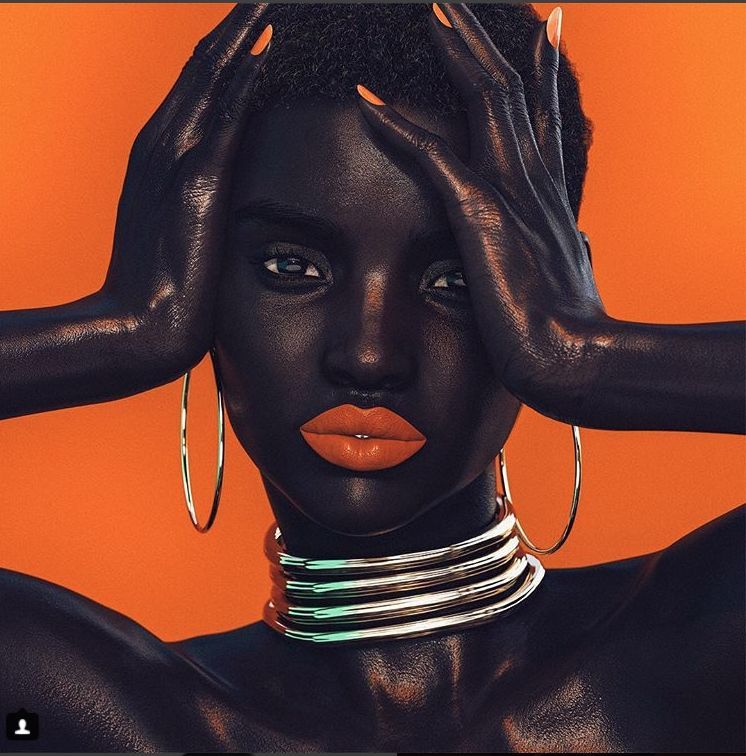 Shudu is a Project by Photographer Cameron James-Wilson

Kalina Nedelcheva — March 8, 2018 — Fashion
References: instagram & highsnobiety
Share on Facebook Share on Twitter Share on LinkedIn Share on Pinterest
Shudu has caused quite the controversy on Instagram as she is considered to be "one of the most beautiful [personas]" on the social media platform, yet she is an entirely digital model. Lacking corporeal presence, Shudu's computerized appearance is all too real thanks to the amazingly detailed image rendering work of creator Cameron James-Wilson. The photographer shares that each image takes about three days time to complete "and that's not including the weeks of planning."

During Shudu's debut on Instagram, people absolutely misappropriated the digital model as a real person -- "a testament to the hyper-real level of detail in Cameron's 3D modelling." Yet, Shudu has a distinct "kind" that has been surfacing on the Instagram platform. Although she may be considered as the first fully digital model, Shudu might have competition (or an ally) in entirely digitized Gram infleuncers like Lil' Miquela.