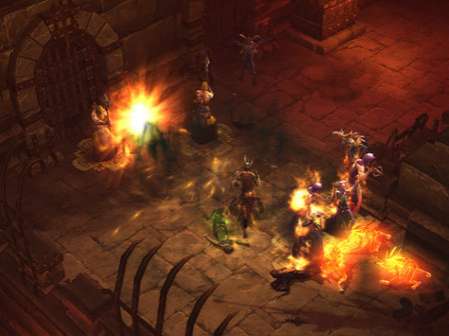 Omar Yusuf — August 3, 2011 — Marketing
References: kr.blizzard & geekologie
In a year with an unprecedented number of triple-A titles, Blizzard Entertainment’s Diablo 3 may be the most anticipated and important video game of 2011. Building atop a franchise with more than 18.5 million sales, the newest Diablo game will continue the tale of Tristram and its 15-year-old legacy.

However, it's not all roses for Diablo fans, as developer Blizzard has recently joined the bandwagon of games developers willing to punish their customers in the name of security. Following in the steps of Ubisoft and Electronic Arts, the executives at Blizzard Entertainment have made several troubling decisions: The single-player game will require a constant Internet connection in order to prevent piracy, player modifications are prohibited, and rare virtual items will be purchasable with real money!
1.7
Score
Popularity
Activity
Freshness

Revealing Gamer Flicks
'Indie Game: The Movie' Takes You on a Wild Ride