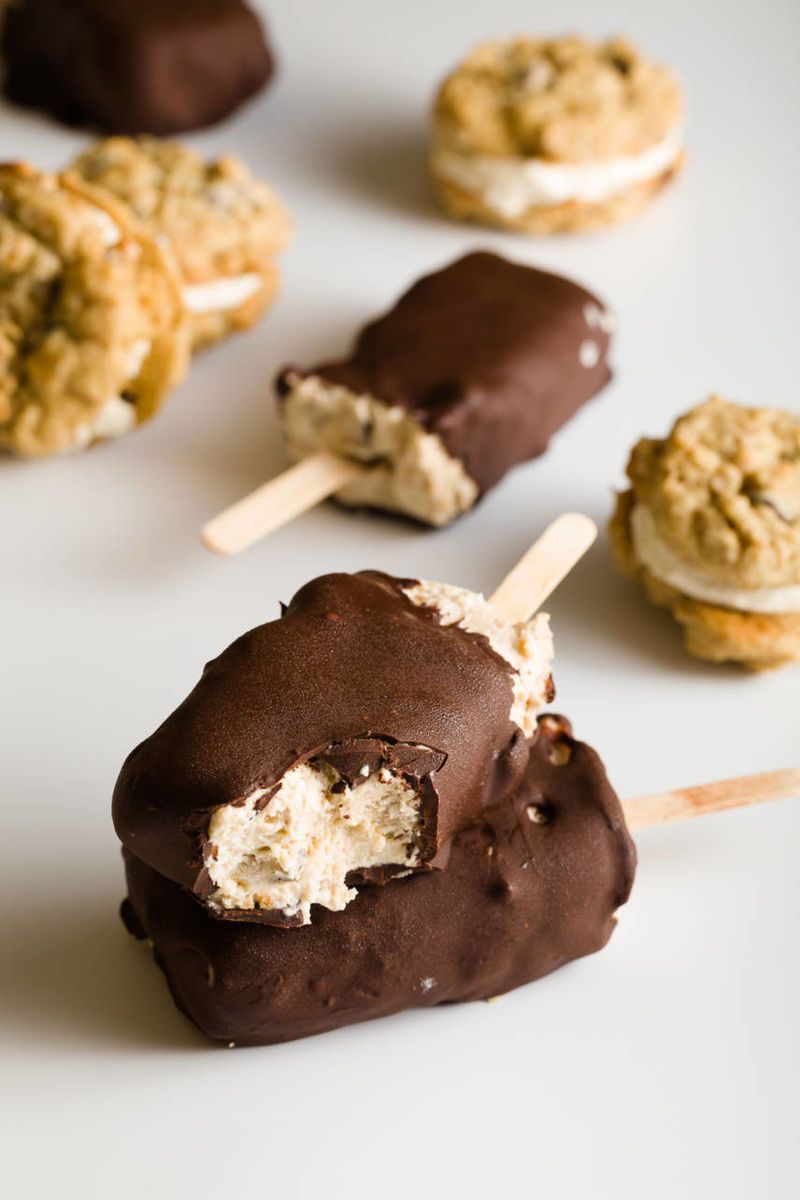 Laura McQuarrie — August 3, 2016 — Lifestyle
References: cupcakeproject
Share on Facebook Share on Twitter Share on LinkedIn Share on Pinterest
Brown sugar, vanilla extract and chocolate chips are a few ingredients that are commonly used in baking, but they also happen to be some of the staples in this frozen dessert popsicle recipe. The no-bake dessert recipe by the Cupcake Project blog takes inspiration from a recipe by Julianne Bayer.

What really makes the 'Frozen Oatmeal Cream Pie Cheesecake Popsicles' interesting is the inclusion of oatmeal cream pies, which can either be homemade or store-bought.

The indulgent dessert popsicle is so rich, it's noted that "they should probably be cut into smaller bars," which makes for a batch of treats that will serve many people at once or can be savored over a longer period of time. Unlike popsicles that are typically only suited for a single person, these frozen treats offer a unique way to make a large batch of desserts at once.