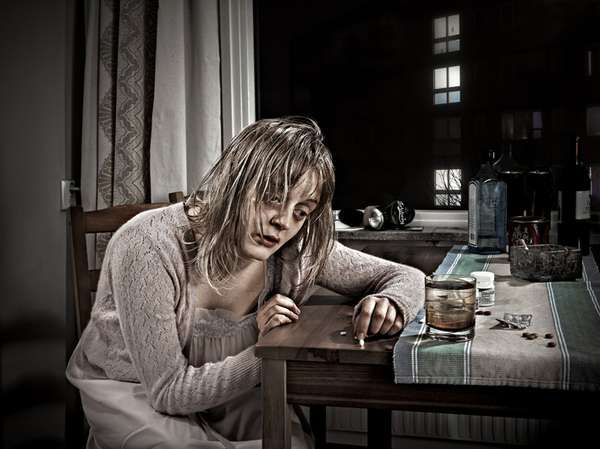 The Despair by Daniel Grizelj Series Sheds Light on Depression

Meghan Young — August 21, 2011 — Lifestyle
References: danielgrizelj & behance.net
Share on Facebook Share on Twitter Share on LinkedIn Share on Pinterest
Although it may be hard to lay eyes on self-destructing individuals such as those present in the photo series titled Despair by Daniel Grizelj, sometimes it is necessary to shed light on difficult subject matter. By doing so, it shows people that depression is not that uncommon, nor does it have to be the end-all, be-all of certain situations.

Even the explanation that accompanies the photo series Despair by Daniel Grizelj implies just this: "In images that looks into the abyss of human despair, there is the horrifying suggestion that these characters may not be grotesque exceptions, but may in fact be part of the mainstream of humanity." The photo series, highly stylized as it might be in color and composition, truly captures this sad truth.
6.5
Score
Popularity
Activity
Freshness
View Innovation Webinars