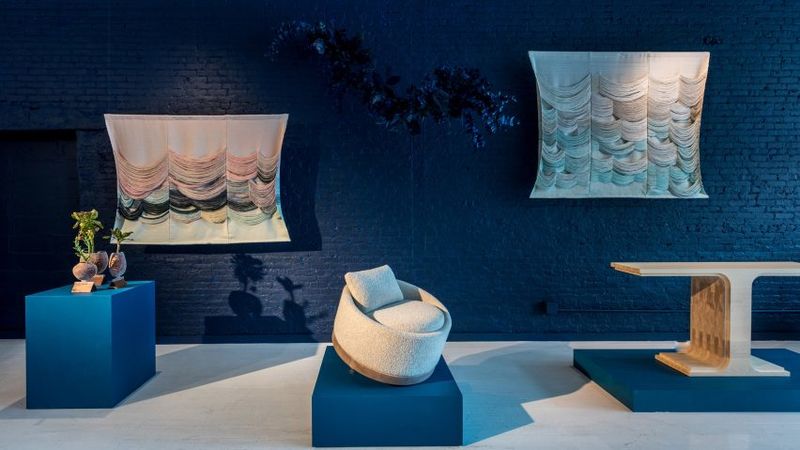 Kalina Nedelcheva — June 11, 2018 — Art & Design
References: nycxdesign & dezeen
Share on Facebook Share on Twitter Share on LinkedIn Share on Pinterest
New York-based studio Colony boasts a collection of designer homeware that has been developed in collaboration with 17 creatives. Featuring a wide range of tapestries, seating, lighting and other miscellaneous objects, the collection was launched in conjunction with the NYCxDesign festival.

The color palette of the designer homeware is curated around the tranquil-inducing nuance of deep blue.