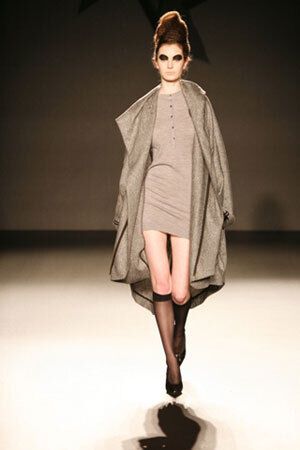 For the longest time, the beehive disappeared, and was only featured on fictional characters like Marge Simpson. Recently, it made its way back into feasible fashion thanks to Amy Winehouse who sported the gutsy coiffure both on stage and in her day-to-day outings. Karl Lagerfeld featured beehive hairdos on his runway earlier this year as well.

Now Deryck Walker has reinterpreted the look too, marching his models down the Fall/Winter 2008/09 runway in enormous hairstyles, that, if coloured black, could have passed for the bearskin hats worn by guards at Buckingham Palace.

Check out the gallery for more from the Scottish designer’s London Fashion Week show, ‘A Wolf In Sheep’s Clothing,’ and check out the related trends below for more examples of modern bouffant chic.
2.2
Score
Popularity
Activity
Freshness
View Innovation Webinars