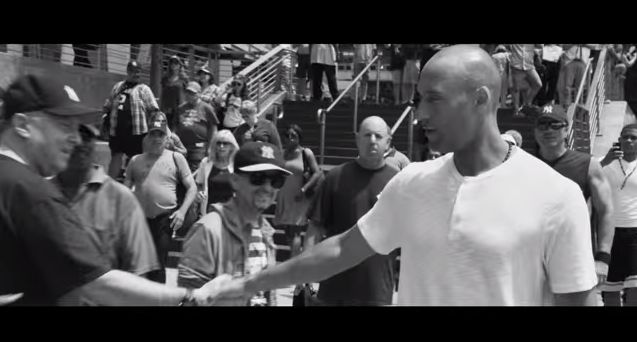 The Derek Jeter Farewell Campaign for Gatorade is Emotional

Meghan Young — September 19, 2014 — Lifestyle
References: adweek & wapc.mlb
Share on Facebook Share on Twitter Share on LinkedIn Share on Pinterest
The Derek Jeter farewell commercial for Gatorade will pluck people's heartstrings whether or not they are fans of baseball. The clip shows with ease not only his popularity across the New York City, but also his good nature as he shakes the hands of his fans from young to old. What makes this Derek Jeter farewell even more special, however, is the fact that it was filmed somewhat spontaneously.

AdWeek writes, "Gatorade, the official sports drink of Major League Baseball since 1990, roped off a few blocks before a home game in the Bronx this July and "just kind of let Jeter go," said Carter. The shock and surprise on fans' faces when their idol walks into Stan's Sports Bar, or autographs baseballs, is genuine, she said." The Derek Jeter farewell is so much more meaningful for it.
0.4
Score
Popularity
Activity
Freshness
Get the 2021 Trend Report FREE