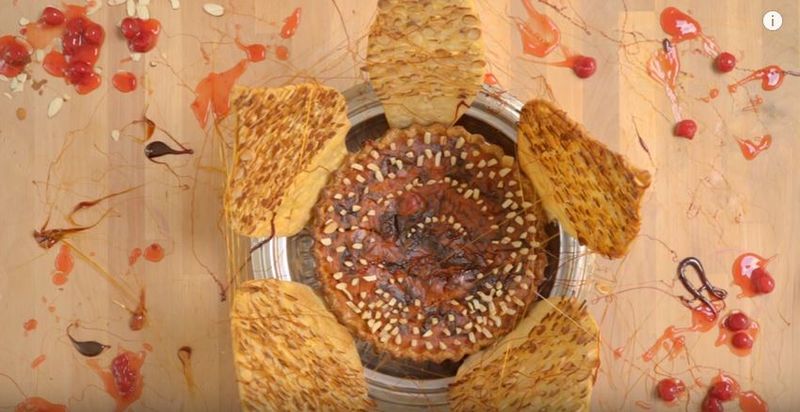 Joey Haar — October 20, 2016 — Pop Culture
References: youtube & thedailymeal
Share on Facebook Share on Twitter Share on LinkedIn Share on Pinterest
Unless it's for Eggo waffles, Netflix's 'Stranger Things' isn't exactly the kind of show to get people hungry -- anyone looking for some good recipes for an upcoming Halloween potluck, though, will love the Demagorgon Pie and French Onion Barb. The recipes, which are official releases from Netflix's food channel, Netflix Kitchen, take on the appearance of Stranger Things characters.

The Demagorgon Pie is filled with berries and topped with crushed almonds, and its pastry tendrils extend out from the filling/mouth just like the face of the terrifying antagonist from the series. The French Onion Barb is a french onion soup with a toasted bread top that looks like Barb's face (spoilers ahead,) an unfortunate reference to Barb's demise in the upside-down world.

While the recipes are a bit gross conceptually, they're delicious in practice.
4.3
Score
Popularity
Activity
Freshness
Access Advisory Services