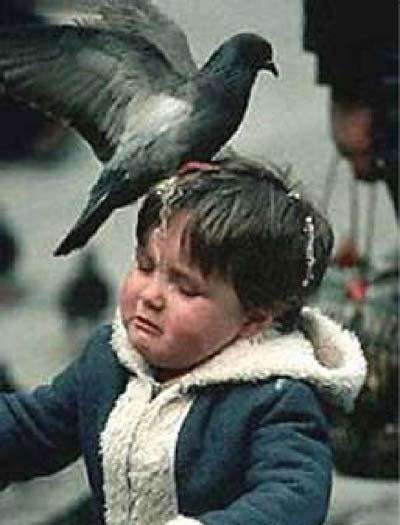 "Experts say the corrosive guano deposited all over the Interstate 35W span's framework helped the steel beams rust faster," the Discovery Channel reported. "Although investigators have yet to identify the cause of the bridge's Aug. 1 collapse, which killed at least 13 people and injured about 100, the pigeon problem is one of many factors that dogged the structure."

"Pigeon droppings contain ammonia and acids," the article explains. "If the dung isn't washed away, it dries out and turns into a concentrated salt. When water gets in and combines with the salt and ammonia, it creates small electrochemical reactions that rust the steel underneath. Every time you get a little bit of moisture there, you wind up having a little bit of electrochemistry occurring and you wind up with corrosion. Over a long term, it might in fact cause structural weaknesses."