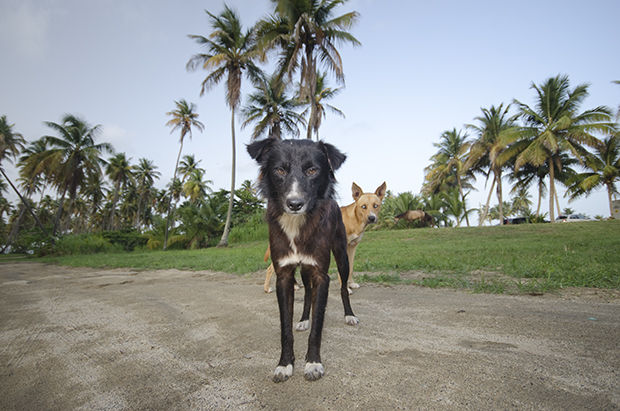 Rahul Kalvapalle — September 18, 2014 — Lifestyle
References: sophiegamand & featureshoot
Share on Facebook Share on Twitter Share on LinkedIn Share on Pinterest
Dead Dog Beach is an isolated area located on the south-east coast of Puerto Rico, a place that is home to a quarter of a million stray dogs dumped there by locals who view them as a nuisance. The dogs live out their miserable lives in neglect and abuse. Their plight was captured by photographer Sophie Gamand, who visited Dead Dog Beach multiple times with Chrissy Beckles, founder of the Sato Project -- an organization that provides food, water and veterinary care to the animals.

As a New York City-based dog photographer, Gamand is more accustomed to photographing glossy, polished portraits of well-behaved canines in studios. The abandoned strays at Dead Dog Beach however didn't wag their tail or approach humans, and in fact organized themselves into packs for survival.

This sad series is a homage to these dogs and raises awareness of their undeserved plight.
6.6
Score
Popularity
Activity
Freshness
View Innovation Webinars