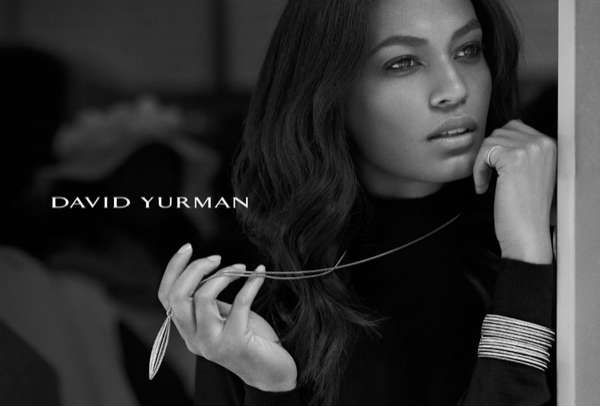 Souzan Michael — August 11, 2011 — Fashion
References: fashiongonerogue & fashioneditorials
Share on Facebook Share on Twitter Share on LinkedIn Share on Pinterest
In an example of black and white photography at its best, the David Yurman Fall 2011 ad campaign stars two of the biggest names in the fashion industry, Joan Smalls and Arizona Muse. The young models both look absolutely stunning and pensive in their separate shots.

Photographed by Peter Lindbergh, Smalls and Muse appear thoughtful and simply flawless in the campaign. Lindbergh managed to capture emotion and depth in the jewelry ad campaign and the results are sensational.

Photographed in different locations around the city, Arizona Muse and Joan Smalls are seen dining at cafes, sitting by a body of water and generally gazing off into the distance looking like the supermodels they are.

The David Yurman Fall 2011 ad campaign obviously features some stunning jewelry that should not be overlooked, but the shots are so beautiful it’s hard to notice the dramatic, chunky jewels adorning Smalls and Muse.
5.7
Score
Popularity
Activity
Freshness
Get Better and Faster