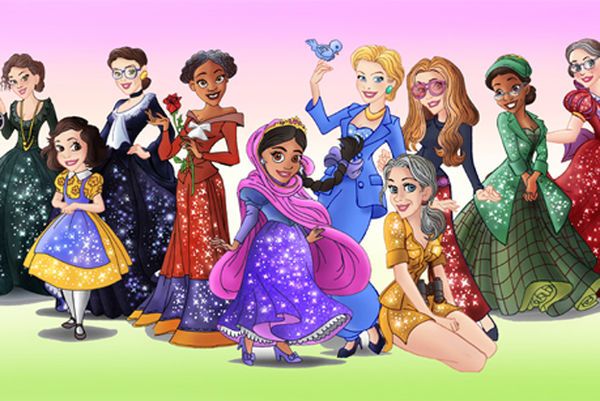 Meghan Young — November 4, 2013 — Pop Culture
References: trumbleart & psfk
Share on Facebook Share on Twitter Share on LinkedIn Share on Pinterest
Although likening women to Disney princess characters might seem offensive to some, especially hardcore feminists, United Kingdom artist David Trumble shows that doesn't have to be the case at all. With more and more empowering cartoon characters taking to the big screen such as 'Brave' princess Merida, David Trumble has decided to bring even more inspiring personalities there as well.

From Susan B. Anthony to Jane Goodall and even little Anne Franks, David Trumble brings much more diversity to the ranks of Disney princesses. On the flip side, he writes, "It makes no sense to put these real-life women into one limited template, so why then are we doing it to our fictitious heroines?" A fair question to raise.
6.6
Score
Popularity
Activity
Freshness
Get Trend Hunter Dashboard