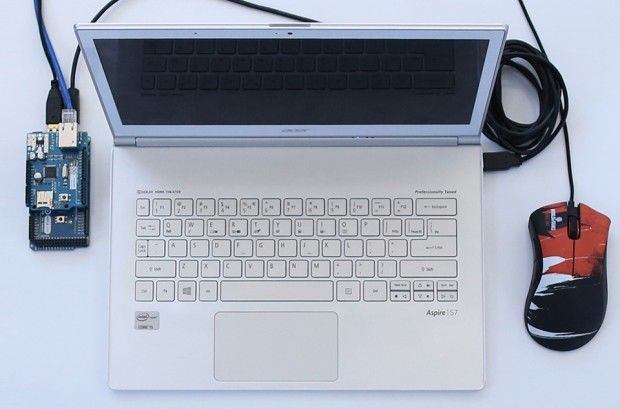 Michael Hines — February 28, 2015 — Tech
References: gameref.io & technabob
David Titarenco is a developer who is attempting to curb cheating among computer gamers with Game:Ref. His device is designed to catch those who use mouse-based cheats, such as those providing no recoil (for shooting games) and automatic key pressing (for player-versus-player fighting games). According to Titarenco, and likely most gamers, the existing defenses against these and many other hacks are weak and easily beatable.

To use Game:Ref, gamers simply plug their mouse into it. The device detects the attached mouse's input and can measure it against what is showing up in-game. It is open source and Titarenco hopes that developers will work to improve the project to ensure fair gaming at both local and online tournaments. The project is still in its early phases with a Kickstarter campaign and more info to come.
2.3
Score
Popularity
Activity
Freshness

Oversized Computer Clickers
The USB BIG Mouse is a Handful