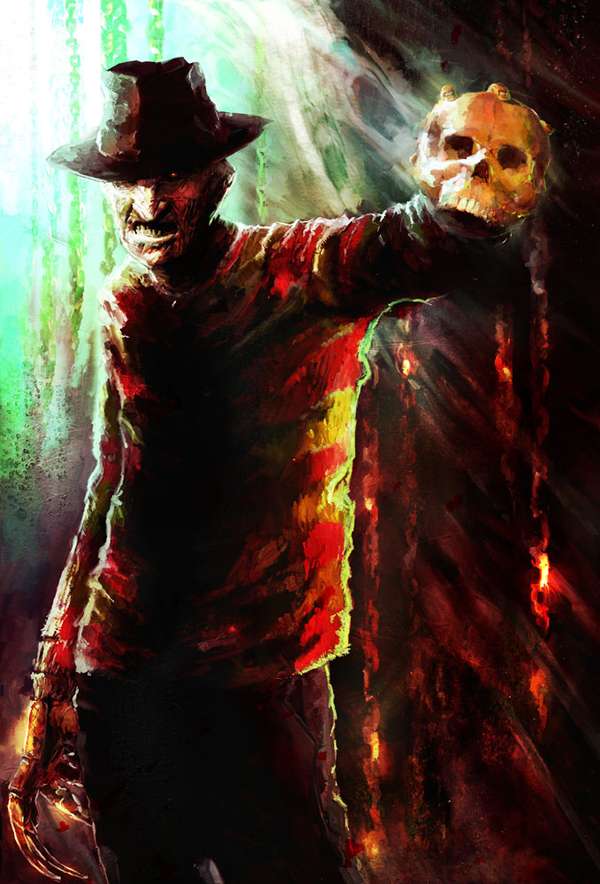 Jason Soy — April 6, 2012 — Pop Culture
References: dmurdoch.deviantart & m7781.tumblr
Share on Facebook Share on Twitter Share on LinkedIn Share on Pinterest
These David Murdoch illustrations remind viewers how scary movie monsters of yesteryear truly are in comparison to modern offerings. Freddy Krueger, Jason Voorhees, Leatherface, Michael Myers and even Batman’s Joker are just some of the subjects of Murdoch’s art efforts, and they’re made that much more horrifying thanks to Murdoch's nightmarish painting style. Viewers will notice that these renderings aren’t gory, but they’re still ridiculously unnerving to look at. Part of that has to do with audiences’ associations with the respective characters, but a major reason for that effect should be credited to Murdoch’s genius as an artist.

David Murdoch resides in the United States, where he works as a high-caliber graphic novel artist. He renders his paintings digitally, though his final products retain the analog feeling of traditional oil paintings. Illustrating surreal and dream-like images seems to be his forte.