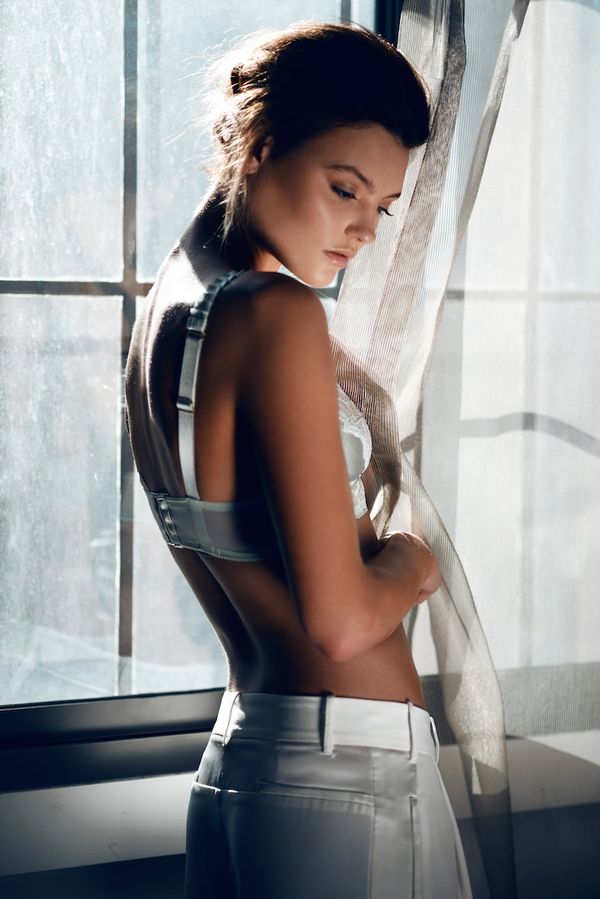 Meghan Young — June 3, 2014 — Fashion
References: shop.davidjones.au & fashiongonerogue
The David Jones Fall 2014 ad campaign is not overtly sexual even though it could have easily gone down that route since it is showcasing a range of lingerie looks. Instead, it is both demure and romantic. While Australian model Montana Cox looks coyly at the camera, she is not at all throwing herself at her audience. The play on light and shadow also creates a feminine and mysterious mood.