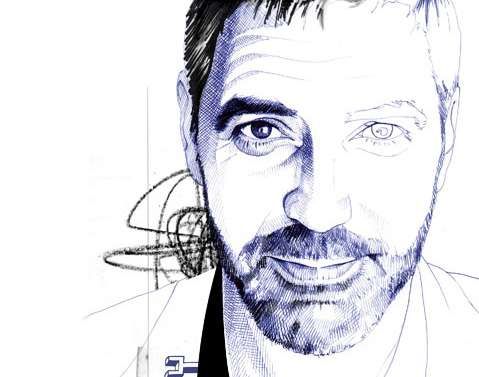 Jason Soy — January 16, 2012 — Pop Culture
References: despau & abduzeedo
Share on Facebook Share on Twitter Share on LinkedIn Share on Pinterest
Looking at the work of David Despau is like looking through an encyclopaedia of art techniques; he incorporates so much rendering styles into his illustrations. Though consistently varied, Despau does seem to have an affinity for defining value in his celebrity portraits using the crosshatch. Layering opposing lines on top of one another, he is able to form shadows and shapes that ultimately bring these realistic-looking star tributes into reality.

Also noteworthy within these David Despau illustrations is his use of watercolors to render wispy hair, as well as the distinct typefaces he uses to denote celebrity names. How he managed to spell out Marilyn Manson’s name in blood, I’ll never know.