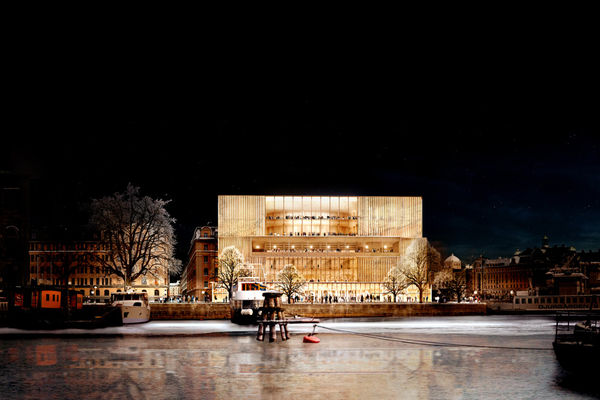 David Chipperfield Will Design the Nobel Center in Stockholm

Jamie Danielle Munro — April 10, 2014 — Art & Design
References: davidchipperfield & designboom
In a competitive bid to build the Nobel Center in Stockholm, architect David Chipperfield has pulled ahead of the rest and won the spot to design this coveted building. According to DesignBoom, one of the reasons the board went with this design was because of its "elegant, timeless and attractive external appearance, which according to the jury can symbolize nobel-related activities in a persuasive way."

At night, the entire structure is lit up, and even resembles a royal palace, commanding attention from passersby. The inside is also something to boast about, with massive auditorium space, a museum and significantly sized banquet hall. The space exudes a stoic and respective quality, only fitting for the nobel prize winners, who are also represented through the building of this center in Stockholm, Sweden.

Graveyards as Architectural Masterpieces
Cemeteries of the Century