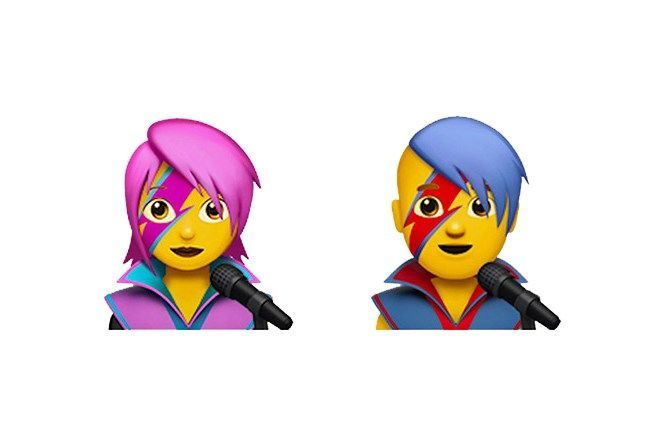 These David Bowie Emojis are a Part of Apple's iOS 10.2 Update

Those who download the iOS 10.2 update from the company will receive both male and female versions of the David Bowie emojis, which are both shown in front of a microphone. With the female version given vibrant pink hair and clothing, the large lightening bolt paint design that covers her face is made to match. Meanwhile, the male version is granted blue hair and clothing, however his face paint uses the same red and blue that was used by the singer.

Anthropomorphic Emoji Movies
'Emojimovie: Express Yourself' is About the Text Characters