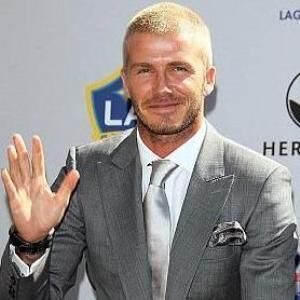 Bono of U2 inspired the LA Galaxy player, 33, to sign on for the six day trek, up 19,340ft. Though it's basically guaranteed he won't be able to recruit his posh wife, Victoria, to join him on the trip, he will be accompanied by fellow British soccer players West Ham and Robert Green.

Sure we admire celebrities who donate to charity, but when they're willing to do something physically grueling to help raise the funds, our level of respect for them often climbs even more.

It's much more admirable than those who just give a few grand to attend a charity gala, don't you think?
1.8
Score
Popularity
Activity
Freshness
Jeremy Gutsche Keynote Speaker