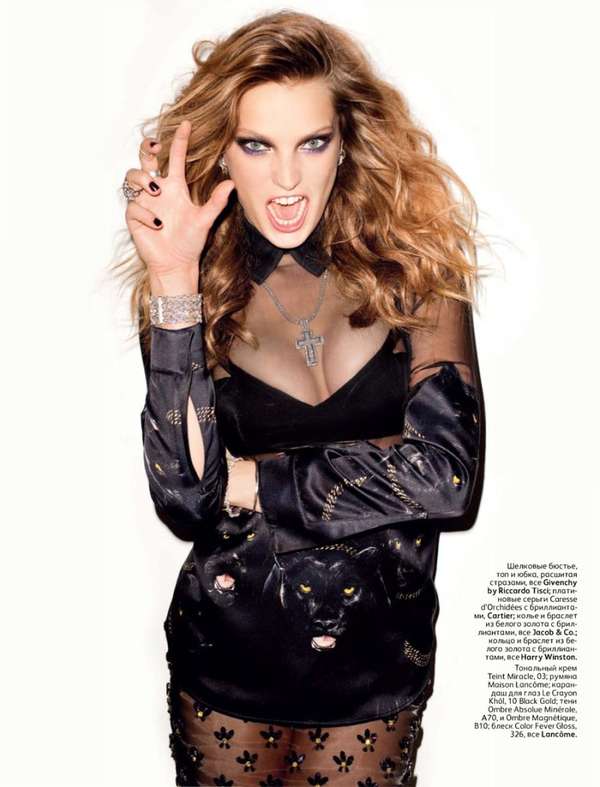 Mugler, Givenchy, and Dolce & Gabbana are just a few of the designers whose looks pack a mean punch in this photoshoot. With cat eye-inspired makeup from Lancome’s Aaron de Mey, Werbowy is a fierce sight to behold in a black panther-patterned blouse and silver cross.

Though I wouldn't recommend trying out these dominating looks at the office, they're great for a night on the town. The perfect combination of sophistication and edge makes the Daria Werbowy Vogue Russia October 2011 shoot a great source of inspiration for your fall evening wardrobe.
5.7
Score
Popularity
Activity
Freshness
View Innovation Webinars