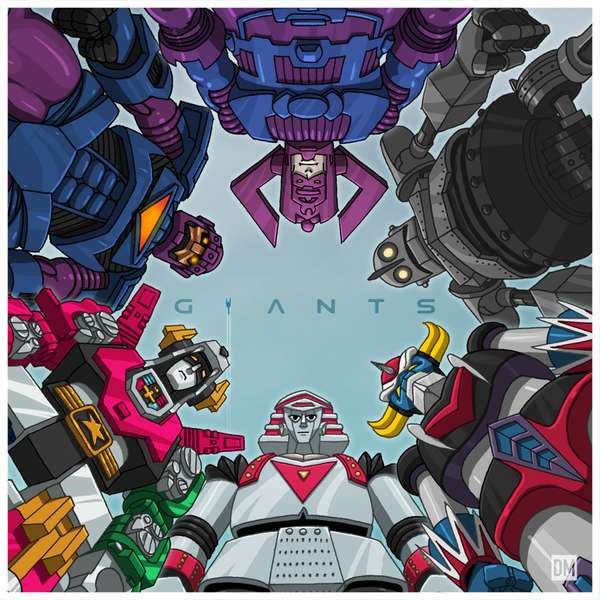 Daniel Mead Illustrates Giant Creatures from All Corners of Geekdom

Jason Soy — April 11, 2012 — Pop Culture
References: stanlydan.deviantart & protohyped.tumblr
Share on Facebook Share on Twitter Share on LinkedIn Share on Pinterest
Daniel Mead clearly wanted to make a big statement in his latest series of illustrations, which is why he employed the help of the most physically imposing characters in all of geek culture. Titled ‘Giants,’ the collection features gigantic creatures from comic books, children’s movies and even anime. Making them look even larger, Mead renders his images from a bottom-up perspective to give viewers a diminutive sensation when staring at each character’s face.

Among the giants featured in Daniel Mead’s collection are Voltron, an X-Men Sentinel, the Iron Giant, Grendizer, Giant Robo and, probably the largest character of the bunch, Galactus. Mead also has an illustration featuring all these towering figures in a circle looking down at the viewer, though they’re not drawn to scale. For that to work, the illustration would probably be the size of a room.