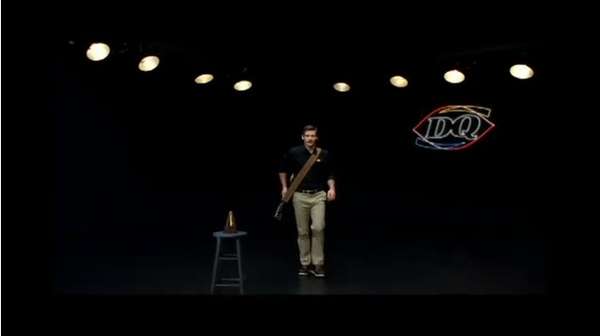 Much like the Old Spice ad, the Dairy Queen commercial shows off its very own spokesperson displaying his absolute confidence -- only difference is he's carrying a guitar. As he boasts about the cheap price of purchasing two burgers, he strums his guitar which produces sounds of dolphins and crying babies. Impossible, yes, but the whole idea is to let audiences know that Dairy Queen is just that damn good and unreal.

Check out this funny commercial and who knows, if more commercials feature this character, Dairy Queen just might have its answer to the Old Spice guy.
4.4
Score
Popularity
Activity
Freshness
Get the 2021 Trend Report FREE