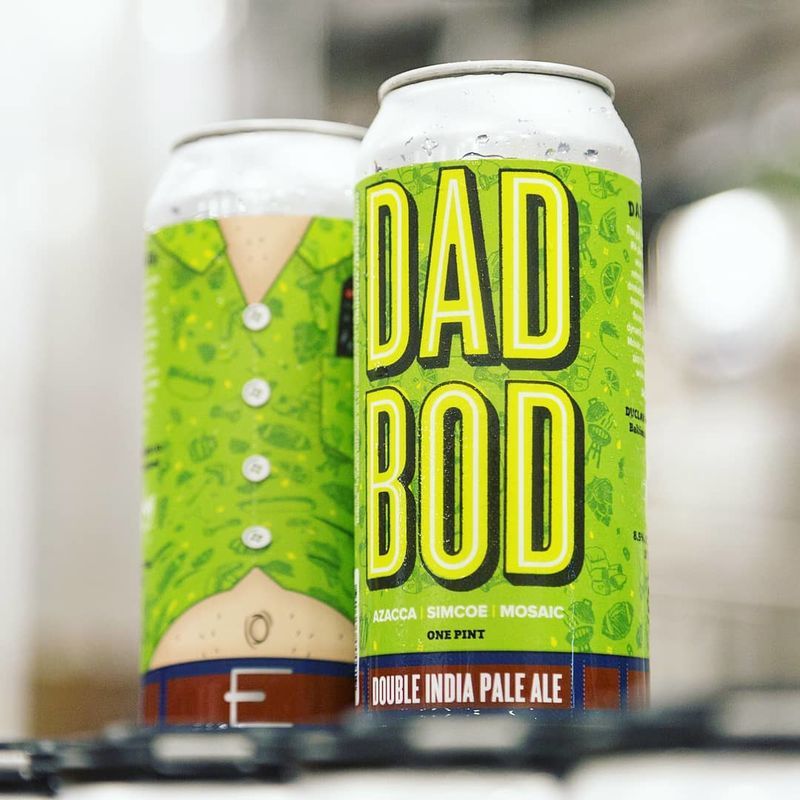 Laura McQuarrie — May 15, 2019 — Lifestyle
References: duclaw & myrecipes
Share on Facebook Share on Twitter Share on LinkedIn Share on Pinterest
From the edible glitter-infused Sour Me Unicorn Farts to No Way Gose, which is brewed with pineapple, lime, sea salt and aged in tequila barrels, DuClaw Brewing Company is known for producing a range of unique beer products—and for Father's Day this year, it is releasing an all-new Dad Bod beer.

Dad Bod beer takes the form of a double IPA that's described as being juicy and golden, as well as "comfortable, easy drinking and simply unintimidating." The beer combines tropical, pine and citrus hop flavors and is branded in a can design that depicts a button-up shirt decorated with barbecues, footballs, reclining chairs and other favorite objects that many dads will be gifted on Father's Day.
5.4
Score
Popularity
Activity
Freshness
Get the 2023 Trend Report FREE