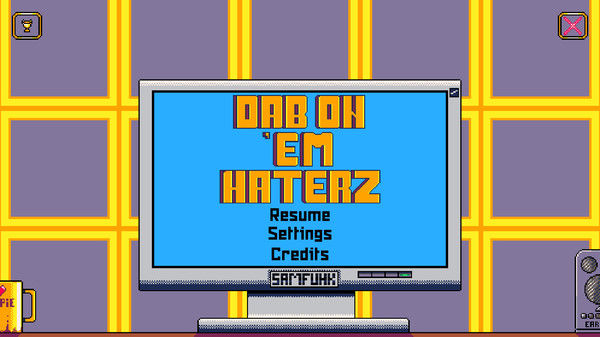 'Dab on 'em Haterz' Helps Players Feel Better About Themselves

Justin Lam — February 15, 2018 — Tech
References: store.steampowered & polygon
'Dab on 'em Haterz' is an incredibly unique video game that has players deal with the frustrations of online engagements. Developed by DA Games, this simple video game places players in control of a burgeoning YouTube star. The mechanics are simple and all players have to do is wade through the comments of videos. Players can either like certain comments or dab on them -- dab being the term the game uses for disliking -- player have a limited amount of read comments and must dab on a certain amount of comments before the can proceed to the next level.

Dab on 'em Haterz is a particularly interesting title, not because of a striking art style or compelling story, but because of its connection to real life. The game manages to capture the restless feelings of frustration that comes from reading negative comments. The game teaches players that people do not need a reason to hate, but it also shows players that total lack of power these comments have. It also manages to accurately translate real world internet experiences into a video-game and uses the tool of play to teach players to ignore the haters.