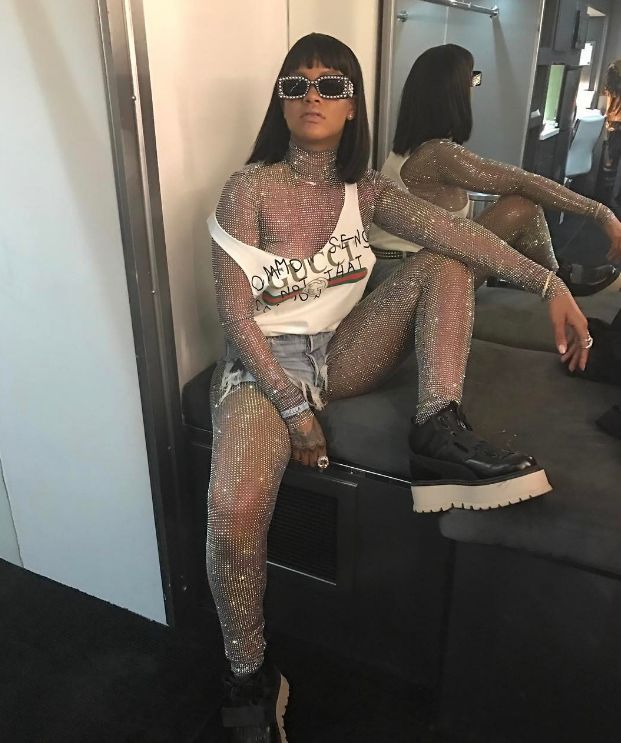 When the look was originally debuted on the runway, it was worn with a branded tank top that had "COMMON SENSE IS NOT THAT COMMON" scrawled across the front in what looked like black marker, as well as a pair of distressed denim shorts. At Coachella, Rihanna wore the same shirt and similar shorts, along with a pair of her own Fenty x Puma platform boots, and bedazzled sunglasses.

Although the unconventional outfit had already been debuted on the runway, it didn't garner viral attention until the popstar posted pictures of it on Instagram and was spotted wearing it around the festival.
6.5
Score
Popularity
Activity
Freshness
Attend Future Festival