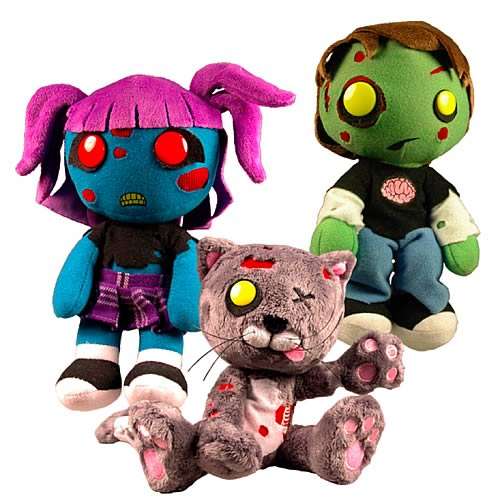 Matt Ho — September 16, 2011 — Life-Stages
References: entertainmentearth & whokilledbambi
The Creepy Cuddlers Zombie Series presents the undead as stuffed reincarnations. The Creepy Cuddlers Zombie Series is a set of three plushies that consists of two mangled children and a cat. From the looks of it, it's clear that the kids were much happier skipping fields and enjoying a cone of ice cream before succumbing to cannibalism and lack of brain power.

The cat is missing an eye and shows signs of decay, so playing with a ball of yarn is the last thing on its undead mind. Despite all the irregularities and deformities, the plushies don't look too frightening, perhaps even innocent; however, for those afraid of horror films, don't try and cuddle with one of these after watching a scary movie.
2
Score
Popularity
Activity
Freshness

Advertising with Zombies
Zune's Piece of Me, Piece of You