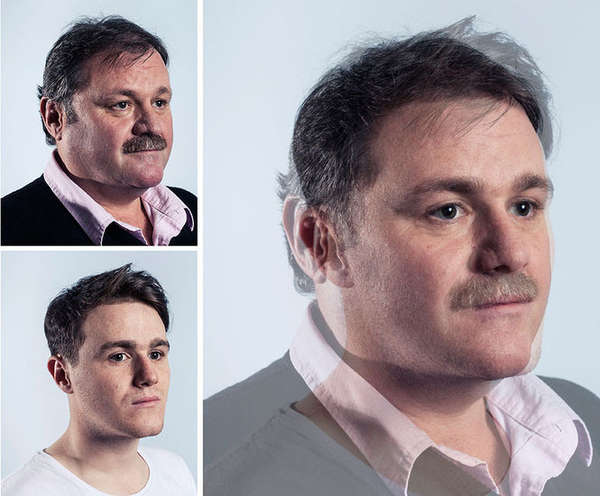 Gibson has found pairs of fathers and sons, and through the use of technology, he has been able to apply one face onto the other. In each series there are three photos: one of the son, one of the father and the one that has their faces combined. It's good that Gibson has included the original photos, so it makes it easy to compare.

This series is called 'Boys and Their Fathers,' and it is incredible how similar the subjects look compared to each other. When you originally view the participants, they do not look a like. However, once Craig Gibson is able to morph their faces, the resemblance is uncanny.
2.5
Score
Popularity
Activity
Freshness
Attend Future Festival