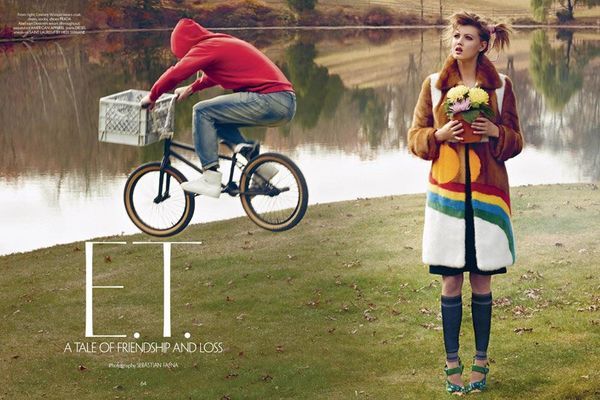 Meghan Young — February 13, 2014 — Fashion
References: crfashionbook & fashiongonerogue
Share on Facebook Share on Twitter Share on LinkedIn Share on Pinterest
The CR Fashion Book Issue 4 cover shoot is utterly endearing for one main reason, it is inspired by a classic 1982 American science fiction film that won the hearts of many. Titled 'E.T. A Tale of Friendship and Loss,' the editorial embraces an alien theme as well as Drew Barrymore's adorable style. Of course, as eclectic as her outfits on set were, they were not as fashionably eclectic as the ones in this photoshoot.