Surgery To Look Natural
Next
Set of
Related
Ideas 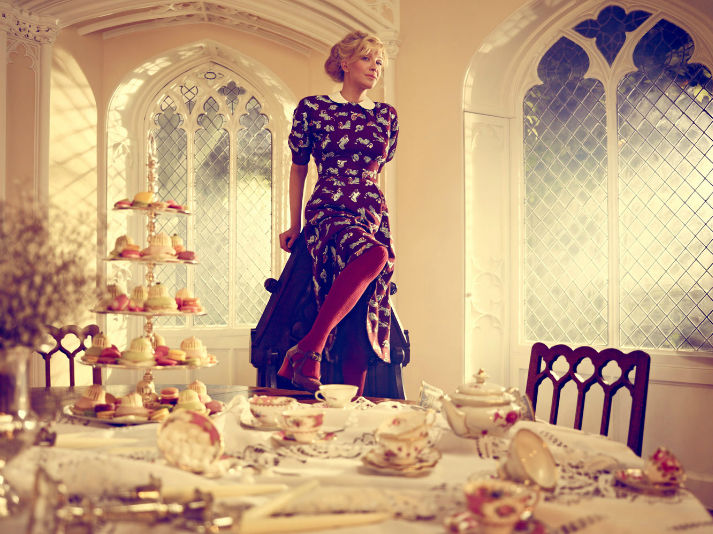 Jana Pijak — November 11, 2011 — Pop Culture
References: vanityfair & news.80spurple
Share on Facebook Share on Twitter Share on LinkedIn Share on Pinterest
The Courtney Love Vanity Fair pictorial featured in the magazine's latest issue marks a triumphant return for the turbulent star and is shot by photographer Jason Bell. The headline-grabbing Courtney is never one to stay out of the spotlight for long, but this time the publicity is anything but negative.
The racy rockstar manages to portray her more demure and poised side, looking peaceful and elegant in the dreamy editorial.

Love's ladylike transformation includes the latest designer looks and a garden setting adorned with white rabbits. In the article, Courtney talks about everything from her late husband Kurt Cobain, her daughter, her music, and all to come in her adventurous life, according to 80spurple. The shoot is a departure from the star's normal behavior, taking her out of her element and emphasizing the elegance and grace hidden under her tough exterior.

Morbid Fashion
Own Shoes Like The Ones Kurt Cobain Died In