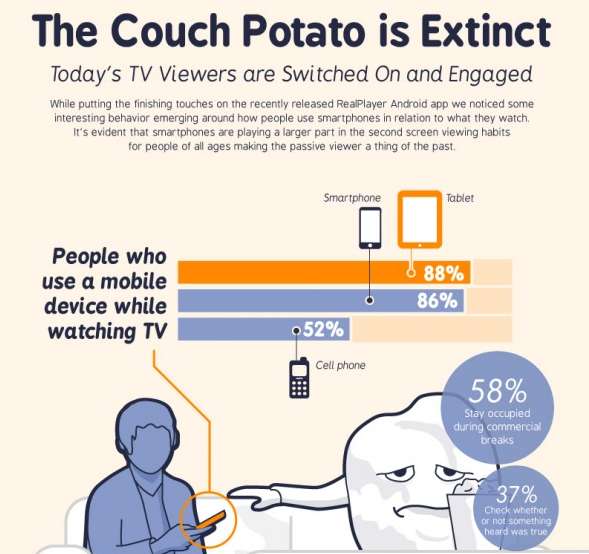 Erin Fox — October 11, 2012 — Tech
References: visual.ly
As RealPlayer was developing its newest app for the Andriod phone, it noticed the drastic change in the way people use their electronics and how it is changing the ancient idea of the couch potato. As people watch TV they are constantly plugged into social media. 88 percent of TV users are multi-tasking on their tablets, 86 percent are on their smartphones and 52 percent are using a regular cellphone.

Soon people will have no attention span for commercials as 73 percent of people say they are using their smartphone devices during the dreaded commercial break. When talking about a particular TV show, Twitter is the most used source to date, dominating over Facebook and all other social media outlets. The chart shows that Pretty Little Liars is the most talked about show to date.
4
Score
Popularity
Activity
Freshness