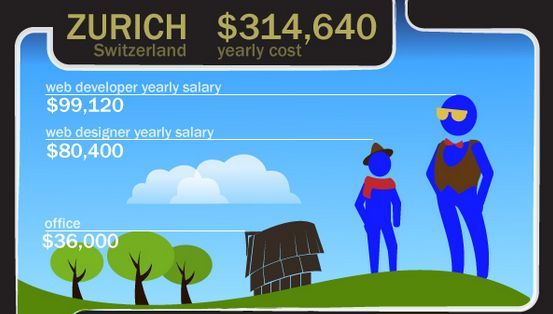 The salaries of a web designer are relatively comparable in Zurich, Sydney, New York and San Francisco at around the $80,000 mark, but drop off to around the $50,000 mark in London and Paris, then to the $10,000 mark in Mumbai and Manila.

Mobile Ordering
Order Your Morning Coffee From Your Phone