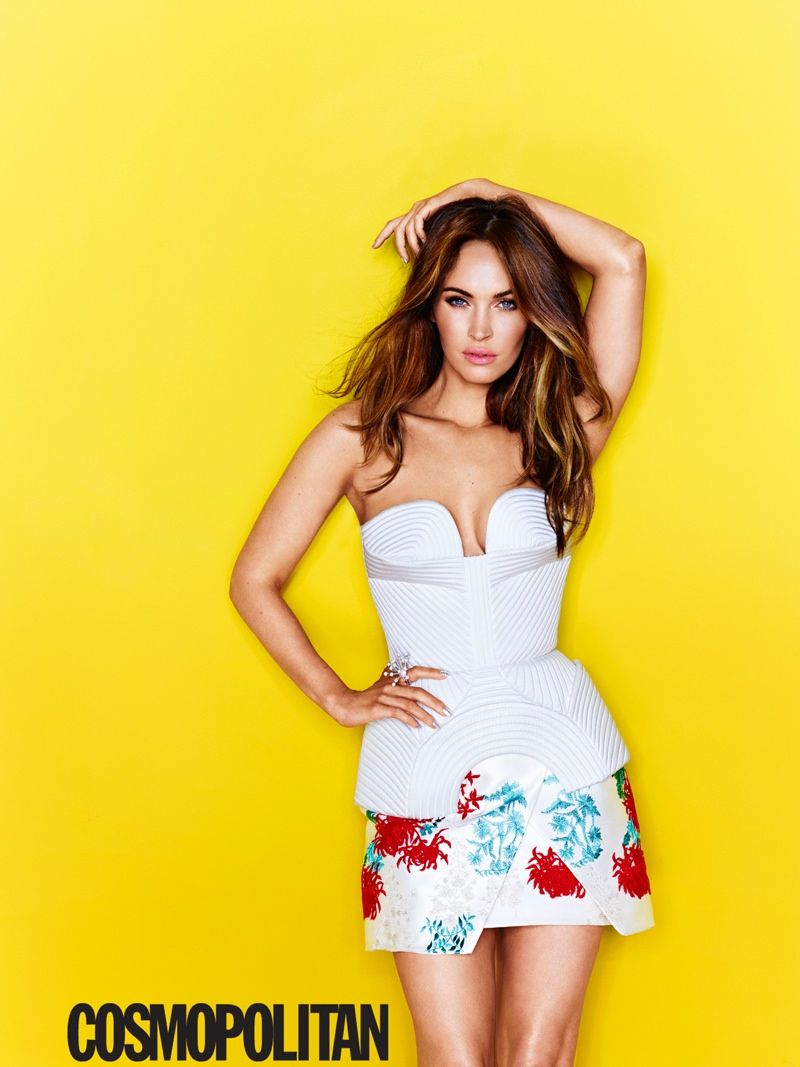 Meghan Young — July 4, 2014 — Fashion
References: cosmopolitan & fashiongonerogue
The Cosmopolitan Magazine August 2014 cover shoot is both utterly smoldering and vibrantly happy. The first owes itself entirely to American actress Megan Fox, who gave birth to her second child a few months ago and looks as though she's never been pregnant before. The latter is due to the bright yellow backdrop that is not mellow in the least.

Together, the Cosmopolitan Magazine August 2014 cover shoot is irresistibly eye-catching, which is exactly what the 'Teenage Mutant Ninja Turtles' star wants in order to promote her upcoming blockbuster film. Shot by photographer Eric Ray Davidson, the editorial is accompanied by an interview in which she states, "I think Ellen [DeGeneres] is sexy. Maybe it’s the way she gives off the impression that she’s anti-’the business’ even though she’s engaging in it. And humor is always sexy.”
2.8
Score
Popularity
Activity
Freshness