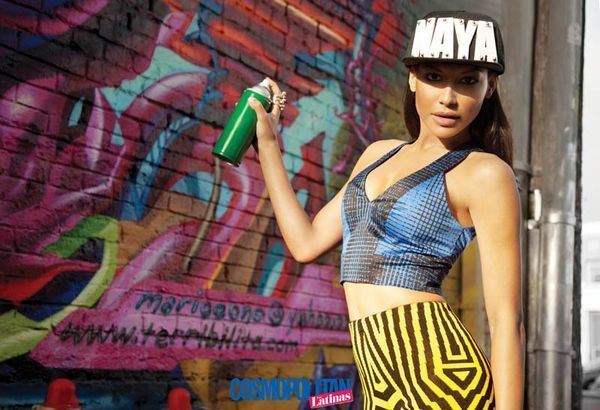 Meghan Young — February 3, 2014 — Fashion
References: cosmopolitan & fashiongonerogue
Share on Facebook Share on Twitter Share on LinkedIn Share on Pinterest
The Cosmopolitan for Latinas Spring 2014 cover shoot has an edgy vibe, which owes itself almost entirely to the urban flavor actress Naya Rivera brings to set. Known for her bad girl reputation on the hit television show 'Glee,' as well as being newly engaged to American hip hop recording artist Big Sean, it is hard not to see her as a girl with attitude.

Shot on location in Los Angeles, California, by photographer Marc Baptiste, the Cosmopolitan for Latinas Spring 2014 cover shoot is set to hit newsstands on Feburary 4, 2013. In the accompanying article, she talks about everything from her fiancee to speaking Spanish, stating, "Even when I didn’t have much, I always acted as if I had everything I wanted. Latin women are go-getters by nature."
3.3
Score
Popularity
Activity
Freshness
View Innovation Webinars