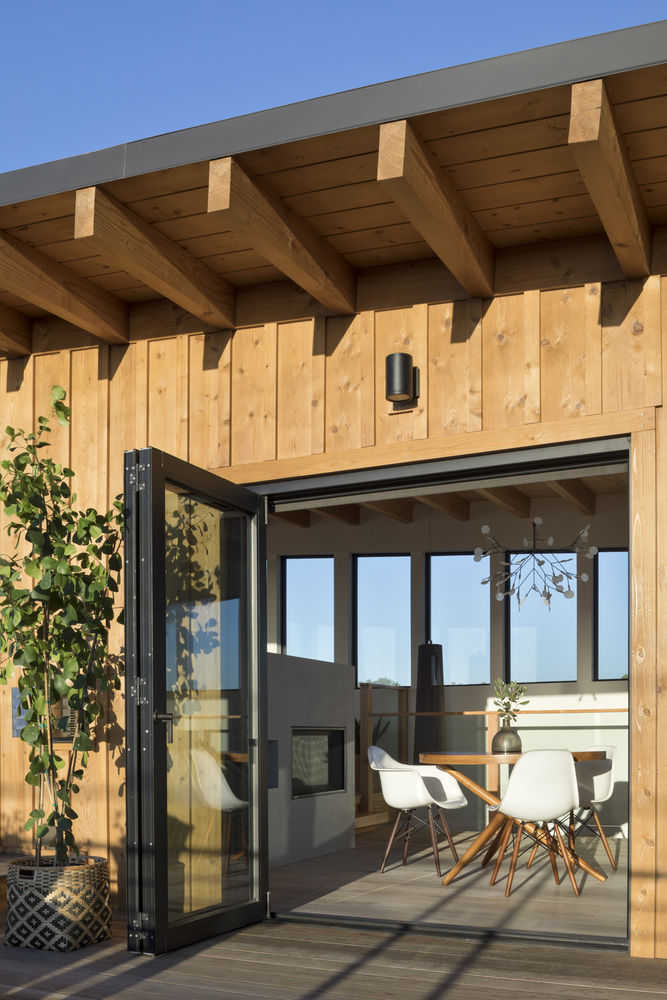 'Cornish House' has a Reversed Arrangement to Maximize Views

Joey Haar — June 29, 2018 — Art & Design
References: archdaily
When living in a place as naturally beautiful as the Southern Californian coastline, one can be excused for wanting to get as much as possible from the views that are available, and Cornish House, a home by Brett Farrow Architect, uses clever design to make that happen. The home has a reverse floor plan, with the living quarters on the ground and the common spaces on the top story, maximizing the vista for everyone who enters.

The first floor of Cornish House has a few windows, but it's mostly covered in a calming wood facade. The upper floor, on the other hand, has windows that extend along all four walls, adding natural light to the interior while also providing a panoramic view of the Pacific Ocean in one direction and the town of Encinitas in the other.