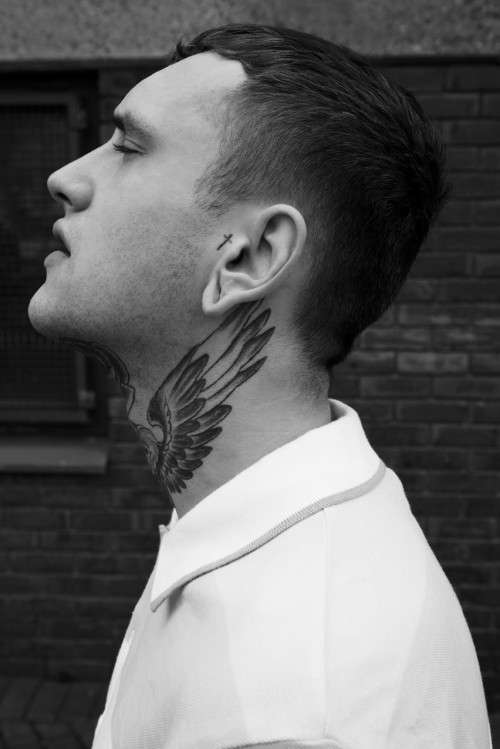 Kamal Musharbash — April 21, 2011 — Pop Culture
References: contributormagazine & homotography.blogspot
Inked out model Jack Royle posed for Contributor Magazine April 2011 for the editorial dubbed 'Mr. Jack Royle.' Photographed by Emma Gibney, the shoot is merely a simple take on a pop cultural aspect. The view of masculinity and the public's standpoint on overly tattooed individuals remains a taboo topic, thus making this editorial a slap in the face for modernity. However, lest we forget that the majority of Western civilization accepts creativity and body modification, hence the fashionable shoot.

Royle is dressed in casual gear by Puma, Uniqlo and 55DSL and his badass personality is evident through his facial expressions and carefree attitude. The integration of fashion and tattoos is an indication of modern expressionism which is highlighted in the current Contributor Magazine April 2011 issue now available.
6.3
Score
Popularity
Activity
Freshness