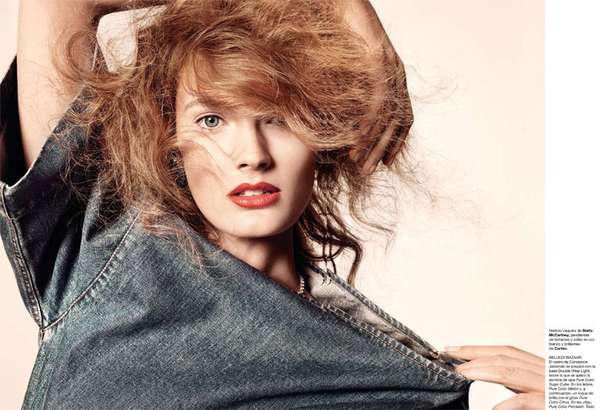 Photographed by Nico and styled by Juan Cebrian, the editorial takes us back to the late 80s and early 90s, when high-waisted, elastic jeans were in. They were also the days when overalls and jumpers were cool, especially in a worn-out look. Influenced by these retro decades, fashion recycles itself once more through labels such as Christian Dior, Mango and D&G. Updated with a dark blue wash, these modernized classics are rather pleasing.