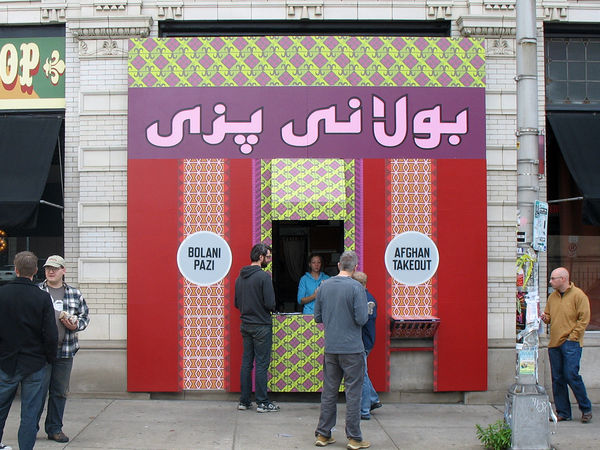 Social Business Editor — April 26, 2014 — Social Good
References: conflictkitchen.org & rabble
Share on Facebook Share on Twitter Share on LinkedIn Share on Pinterest
The Conflict Kitchen restaurant was founded back in 2010, when Social Business's sister site, Trend Hunter, covered the Pittsburgh shack-like shop as a "controversial" innovation. The SocialBusiness.org editorial team decided to revisit the restaurant, which only serves ethnic food that the United States is in conflict with, because of an interesting interview published recently on Rabble.ca, a Canadian publication for progressive journalism.

Founder Jon Rubin (Dawn Weleski is the other founder) talked about wanting to foster social and political engagement. He said that sometimes that has to start with crisis in order to effect change. At the moment the Conflict Kitchen restaurant is focusing on food from Afghanistan specifically although in the past other places emphasized have been North Korea, Iran, Cuba and Venezuela.