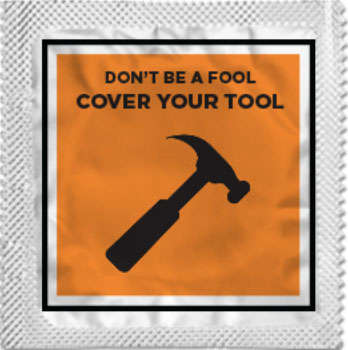 These Condom Package Designs by Irina Blok Are Funny and Protective

Irina Blok, on the other hand, has put tons of thought into her condom package designs. The goofy condom package designs by graphic designer Blok are actually part of a submission to the Bill and Melinda Gates foundation. The former Microsoft CEO is offering funding to the best designs of the 'Next Generation Condom.' While the package designs by Blok may not be the next generation condom, Blok says that using the fun packaging could serve as a better reminder to use the prophylactics than plain old packaging. It's a simple idea that could very well function better in increasing condom use than a more complex and radical new design.

At the very least, the condom package designs are good for a good, thought provoking chuckle too.
1.6
Score
Popularity
Activity
Freshness
Get Better and Faster