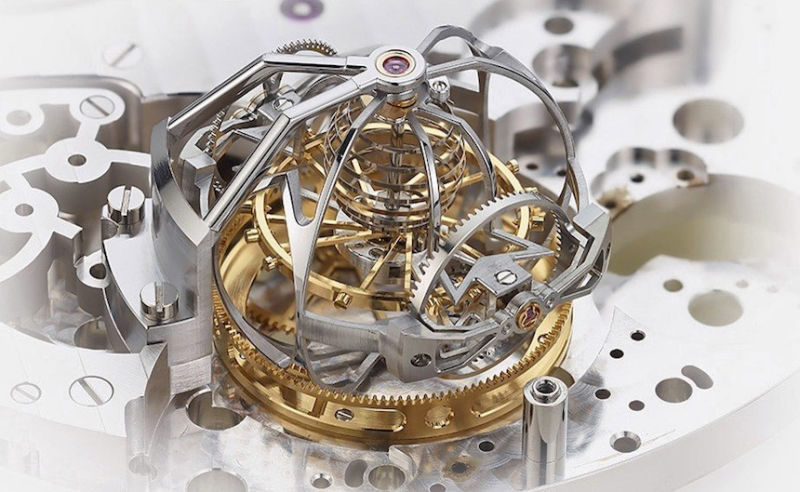 Cadhla Gray — September 18, 2015 — Luxury
References: reference57260.vacheron-constantin & gizmodo
Share on Facebook Share on Twitter Share on LinkedIn Share on Pinterest
Vacheron Constantin has designed the most complicated watch in the world, spending eight long years of hard work designing and building this masterpiece. With each additional feature that measures something other than the time in hours, minutes and seconds, a pocket watch garners another "complexity." The last record holding watch had 33 complications, this one almost doubles that with 57.

Among the things this single pocket watch measures is the Hebrew, Gregorian and Business calendar. Though these things are standard in digital watches, be reminded that this is all measured by simple spring, gear and cog mechanisms. If that's not enough, the watch even has the Westminster chime integrated into it, with gongs and hammers that play the same tune as London's very own Big Ben.

As for the undisclosed price tag, noting that the last record holder was priced at $24 million, it's likely that the Vacheron Constantin Reference 57260 is also well out of the ordinary pocket watch budget.
7
Score
Popularity
Activity
Freshness
Jeremy Gutsche Keynote Speaker

Avian Time Trackers
The Vacheron Constantin Dove Watch is Inspired by the Work of M.C. Escher