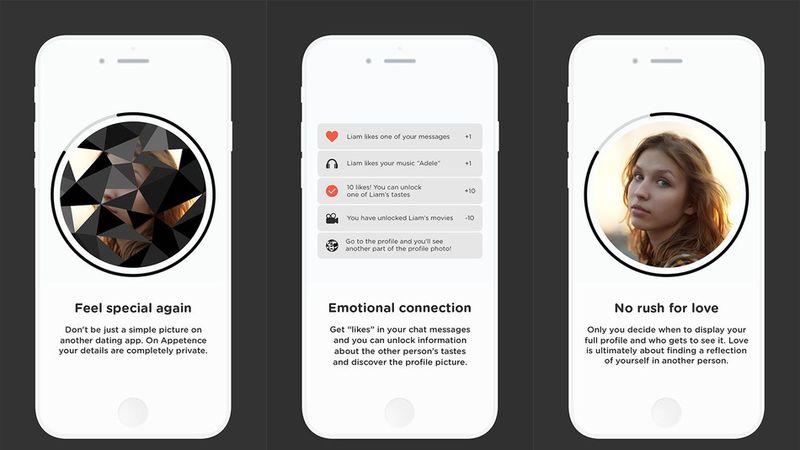 Ellen Smith — May 11, 2017 — Tech
References: mashable
Time and speed are not of the essence with the introduction of the communication-centric dating app Appentence -- a dating platform which requires users to take things a little slower. Although highly efficient, some criticism has come of gamified dating apps such as Tinder or Bumble -- which can leave people with a limited depiction of the person they're talking to.

Appentence aims to combat this issue by encouraging users to focus less on appearance by prioritizing conversation. Users must fill out an extensive questionnaire which helps the unique algorithm in selecting your most compatible matches. The catch is that the photos of your matches will be revealed, piece by piece, only after you've spent time chatting to one another. The longer you chat for, the more of their photo is revealed.

Digital Dating Snapshots
The Lively App Introduced 'Quickies,' or the Snapchat of Dating