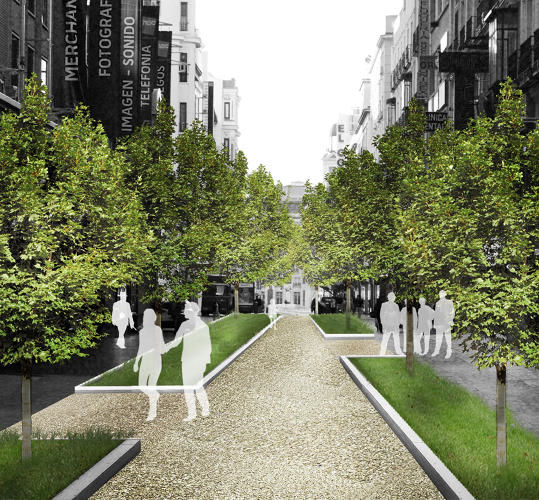 Katherine Pendrill — February 4, 2016 — Eco
References: ccaa.elpais & fastcoexist
Share on Facebook Share on Twitter Share on LinkedIn Share on Pinterest
The city of Madrid, Spain, has embarked on a unique project that involves covering the city in plants in order to combat rising temperatures. As the effects of climate change become increasingly apparent, cities such as Madrid face challenges such as drought, floods and blisteringly hot days. Now the city is trying to adapt to these challenges by turning to nature.

Put simply, the new initiative involves covering the entire city in as much greenery as possible. Not only is the city expanding its existing parks, but it is also turning unused spaces such as vacant lots into urban gardens and adding greenery to rooftops. There are even plans to fix plants to outdoor walls to help insulate buildings and reduce noise pollution. Another benefit of the added greenery is lower temperatures because the plants release evaporated water that can produce clouds.

The initiative demonstrates one of the ways that cities are trying to combat rising temperatures and adapt to a changing global climate.
4.4
Score
Popularity
Activity
Freshness
Access Advisory Services