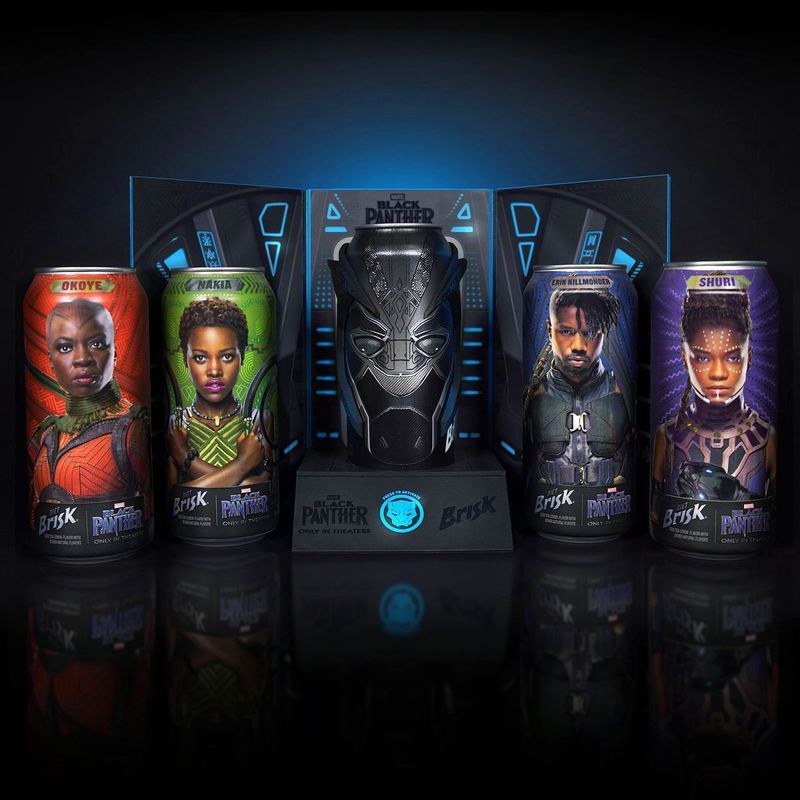 Beyond just featuring the faces of some of the main characters in the film, the limited-edition cans engaged VIPs and influencers with high-tech features. The package uses a magnetic carton and fully printed HiLight Smart LEDs that light up when activated to reveal Wakandan script.

Those who received the collectible cans also got their hands on a comic, numbered lithographs, a behind-the-scenes book, beads and a tablet with a peek at the film. As part of the campaign, the unboxing experiences shared by the recipients of these special Black Panther packs were successful in generating millions of views on YouTube.
4
Score
Popularity
Activity
Freshness
Get the 2021 Trend Report FREE