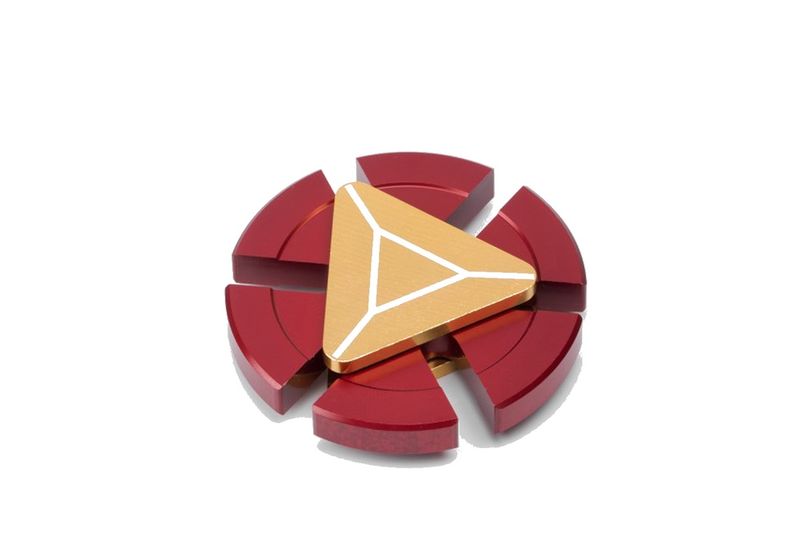 Riley von Niessen — May 26, 2017 — Life-Stages
References: en.colette.fr & hypebeast
Share on Facebook Share on Twitter Share on LinkedIn Share on Pinterest
It seems that fidget spinners are all the rage right now, with various brands offering different variations of them to keep consumers occupied when they have nothing else to do with their hands, with one of the most recent variations coming from colette.

Both inspired by two of Marvel's most popular characters, colette's spinners have designs that are reminiscent of elements of the armor worn by Captain America and Iron Man. The former is in the shape of the patriotic hero's iconic shield, which features red, white, and blue stars and stripes.

The latter makes use of Iron Man's deep hues of red and gold, which come together in a simplistic triangle that's at the center. In addition to the Marvel-inspired spinners, colette offers iridescent colorways, as well as variety of more minimalist versions.
7
Score
Popularity
Activity
Freshness
View Innovation Webinars