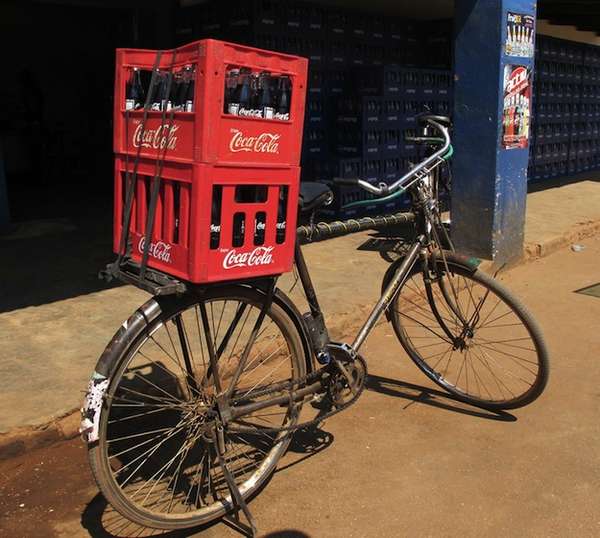 Meghan Young — March 29, 2013 — Social Good
References: colalife.org & psfk
Share on Facebook Share on Twitter Share on LinkedIn Share on Pinterest
ColaLife by Simon Berry, is a not-for-profit organization that utilizes the extra space in crates filled with bottles of Coca-Cola to distribute life-saving medication to remote villages in developing countries. After volunteering in Africa as an aid worker, the founder and CEO noticed that while such items as oral rehydration solution (ORS), zinc supplements and water purification tablets were often scarce, soda certainly wasn't.

Partnering with packaging company PI Global, ColaLife by Simon Berry created packets that fit perfectly between the necks of the beverage bottles. Berry states, "The unique thing about the Coca-Cola distribution system isn’t the bit from the bottler to the wholesaler, but from the wholesalers onwards. That’s where all these independent microenterprises—guys on bicycles, women putting crates on buses, and so on—take over. That’s the bit we want to get into."
2.1
Score
Popularity
Activity
Freshness
Jeremy Gutsche Keynote Speaker